This rigorous three day program is ideal for basic research and translational biology scientists who are looking for a balanced theoretical vs. hands-on introduction to gene editing iPSCs using CRISPR/Cas9. In this workshop, participants will be able to design CRISPR/Cas9 gene editing tools, deliver gene-editing tools into human iPSCs, and detect gene-editing events by PCR/ Surveyor Assay. 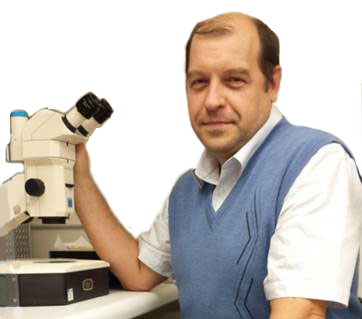 Dr. Kozlov received his Master of Science diploma in applied mathematics and theoretical physics from Moscow Institute of Physics and Technology in Russia, subsequently earning a PhD degree in molecular genetics and neurobiology from the Institute of Biochemistry, University of Zurich, Switzerland. He subsequently received a Master of Business Administration degree from Robert Smith School of Business, University of Maryland and also holds several other professional certifications and credentials.

Dr. Kozlov joined the National Cancer Institute in 1999 as a postdoctoral fellow in Cancer and Developmental Biology lab where he was promoted in 2003 to senior research fellow and subsequently in 2007 to the staff scientist appointment. In 2008 he joined SAIC Inc. (later renamed to Leidos BMR, Inc.) where he established Center for Advanced Preclinical Research – a translational resource providing interdisciplinary support and expertise in establishing next-generation animal cancer models, developing technologies for advanced manipulation of mammalian genomes for the purpose of preclinical modeling, and directing early stage drug development projects to accelerate clinical introduction of promising efficacious cancer therapeutics.