During this 3-D cell culturing workshop the researcher will learn how to successfully culture primary cells, cancer cells, and epithelial cells in a 3-D format using 3-D cell culture matrices, such as Collagen I.  Emphasis will be placed on setting up primary human hepatocyte spheroid and high-throughput gut-epithelium-on-a-chip cultures, visualizing their formation and growth, and performing a broad range of downstream assays.  Examples of applications in toxicology and drug efficacy will be explored. 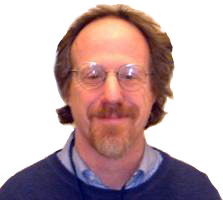 Dr. Joseph Bressler is a research scientist at Kennedy Krieger Institute. He is also an associate professor of environmental health sciences at the Bloomberg School of Public Health at Johns Hopkins University.
Dr. Bressler received his bachelor's of science degree in biology from the State University of New York at Stony Brook in 1973 and his doctoral degree in physiology from Rutgers University in 1978. His post-doctoral training at UCLA was in neurosciences, where he studied the involvement of glial cells in response to toxic agents. After his post-doctoral training, Dr. Bressler continued his studies on glial cells at the National Institutes of Health, Bethesda, MD. Dr. Bressler has been a research scientist at the Kennedy Krieger Institute since 1988.